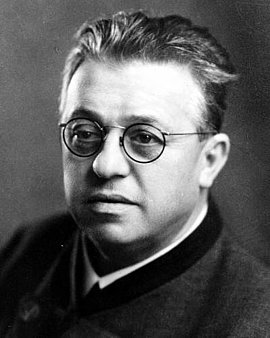 Franz Rehrl studied law. In 1922 he was appointed head of the government of Salzburg. He was married to Maria Opferkuch, with whom he had two daughters. Rehrl was a member of the Austrian Christian Social Party. In 1938 he lost his post because of the German “Anschluss” (annexation) of Austria, and was imprisoned for some time. In August 1943 the Jesuit father Lothar König contacted Rehrl on behalf of Helmuth James Graf von Moltke and tried to persuade him to take on an assignment for the planned coup. In consideration of his poor health, Rehrl agreed to be proposed as political commissioner for military district XVIII (Salzburg). After the unsuccessful coup attempt on July 20, 1944, Franz Rehrl was arrested on July 25, 1944 in Zell am Ziller and brought to Berlin. He was held in Lehrter Straße Prison in Berlin, where he was able to survive the war. He returned to Austria in August 1945.