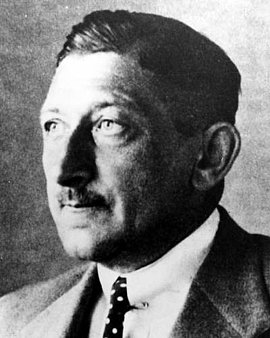 The attorney Ferdinand Freiherr von Lüninck became a district administrator in Neuß after the First World War, but returned home after his father’s death and took over management of the family estate. He was married to Auguste Freiin von Gaugreben-Schönau, with whom he had two daughters and three sons. From February 1933 he was (initially acting) regional commissioner of Westphalia and remained in office until the fall of 1938. Deployed as a battalion commander in Potsdam from 1940 on, he retired from military service in 1943 after an operation. In December 1943 Lüninck met Carl Goerdeler and Fritz-Dietlof von der Schulenburg in Berlin and agreed to take part in the coup attempt. He was designated as political commissioner for military district XX (Danzig). After the failure of the assassination attempt on July 20, 1944, Lüninck was arrested on July 25, 1944, sentenced to death by the People’s Court on November 13, 1944 and murdered the next day in Berlin-Plötzensee.