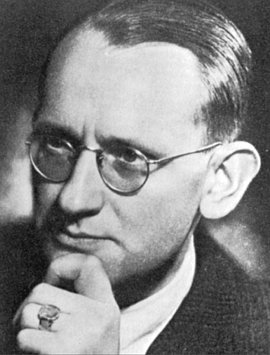 Schlabrendorff studied law and economics, and witnessed the National Socialists’ severe violations of the law during his legal clerkship. After his second state examination in 1938, Schlabrendorff worked as a lawyer. With support from Canaris, he went to Britain in June 1939 for talks with Churchill and Lord Lloyd, warning them of the impending German-Soviet pact and the associated risk of war. From 1939 on, he was in contact with Henning von Tresckow, who had him posted onto the staff of the Army Group Center in the spring of 1941. Tresckow and Schlabrendorff together prepared an explosives attack on Hitler in 1943. On March 13, 1943, Tresckow asked an officer accompanying Hitler to take along a package for Colonel Helmuth Stieff from the Army High Command on the return flight from the Army Group Center headquarters. In fact, however, the package was a bomb disguised as a cognac bottle. Rudolf-Christoph Freiherr von Gersdorff from the Counterintelligence department in charge of sabotage had obtained the explosives, and Hans von Dohnanyi had passed them on to Tresckow at an Army Group Center meeting on March 7, 1943. Although Fabian von Schlabrendorff was able to activate the detonator and hand over the package shortly before the plane took off, Hitler landed unharmed at his East Prussian headquarters. The detonator presumably failed due to the very low temperature. After July 20, 1944, Schlabrendorff was arrested by the Gestapo and severely tortured. He was acquitted by the “People’s Court” on March 16, 1945, but remained in Gestapo hands and transferred between several concentration camps.