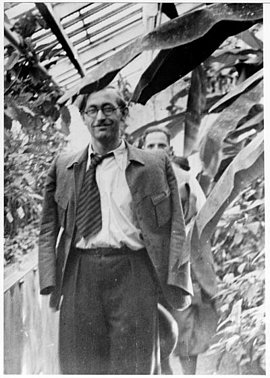 Eugen Nerdinger was born in Augsburg in 1910 and trained as a typesetter. He joined the Young Socialist Workers (SAJ) in 1923. In 1933, Nerdinger was head of the SAJ’s sub-district of North Swabia, having joined the SPD in 1928 and played a leading role in the formation of the Iron Front in Augsburg. In 1933 he and Bebo Wager set up illegal links to more than thirty Social Democrats. They distributed illegal materials and sent information on the situation in Germany to the SPD in exile (SOPADE) and Neu Beginnen (New Beginning) in Czechoslovakia. After the arrests of Hermann Frieb and Bebo Wager on April 16, 1942, Nerdinger was also arrested. He managed to conceal his role in the case against the Revolutionary Socialists before the Munich District Court. Nerdinger was sentenced to only three and a half years’ imprisonment, and survived the war in a penitentiary.