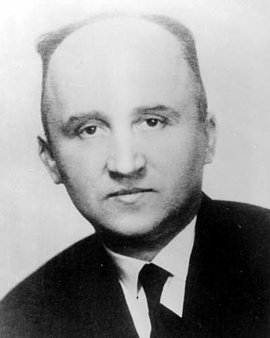 Ernst von Harnack, son of the well-known scholar Adolf von Harnack, was an attorney and convinced social democrat. He was married to Anna Wiggert, with whom he had five children. He was president of Merseburg administrative district until Papen’s “coup” against Prussia, and was then sent into temporary retirement. At this time he argued clearly against National Socialism in speeches and articles. As a member of the Federation of Religious Socialists he publicly opposed the “German Christians”. In the early summer of 1933 Harnack was briefly held in custody because he had supported imprisoned social democrats and labor union leaders including Theodor Leipart and Carlo Mierendorff. He then worked in various fields and for the Berlin municipal authority. He had family ties to Arvid Harnack, Hans von Dohnanyi and the Bonhoeffer brothers, and political ties to Julius Leber, Wilhelm Leuschner, Jakob Kaiser and Carl Goerdeler. Harnack was evidently not directly involved in the assassination plans, but was familiar with the aims of the attempted coup of July 20, 1944 against Hitler. He was arrested on September 28, 1944, sentenced to death by the People’s Court under Freisler on February 1, 1945 and murdered on March 5, 1945 in Berlin-Plötzensee.