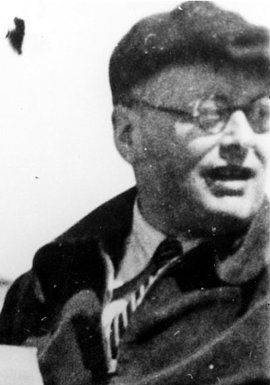 The son of a Jewish businessman and born in 1887, Erich Kuttner studied law and went on to work as a political journalist, satirist, and author in Berlin. He became a member of the Prussian regional parliament for the SPD in 1921. After the National Socialists took power he was briefly imprisoned, fleeing to Holland with his wife in May 1933. He used his position as a journalist and politician in exile to speak out in favor of limited cooperation with the communists. Disappointed by the rejection of this principle by the SPD in exile (SOPADE), Kuttner went to Spain as a correspondent in 1936/37. He made contact with Social Democratic volunteers there and was even an official representative of the party’s committee for a brief period. However, he soon resigned from this position over the SOPADE’s criticism of Soviet policy. He stayed on in Spain as an independent journalist and propagandist for the People’s Front, until he was wounded in the summer of 1937. On his return to Holland, Kuttner left politics and started on a historical work on the Dutch struggle for freedom in the sixteenth century. After German troops invaded in May 1940, Kuttner and his wife attempted to escape but failed. Shortly later, a joint suicide attempt also ended unsuccessfully. Sickness, hunger, poverty, and permanent fear of arrest made the following two years a terrible ordeal for them. Erich Kuttner was arrested in his Amsterdam apartment on April 10, 1942, deported to Mauthausen concentration camp in September 1942, and shot dead allegedly “attempting to escape” on October 6, 1942.