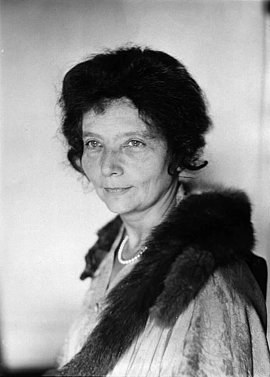 Constanze Hallgarten ran the Munich branch of the Women's International League for Peace and Freedom until 1933. Owing to her pro-republican and anti-militarist opinions, she was rejected by conservative and right-wing circles early on. She was subject to personal threats even during Hitler's Munich Putsch of November 1923. In 1931, Hallgarten founded the German section of the International League of Mothers and Educators for Peace, which soon had 10,000 members. In January 1932, Hallgarten organized a large peace rally in Munich, which was disrupted by National Socialists. Her efforts earned her much anti-Semitic hostility from the National Socialist press. When the National Socialists took power, all pacifist groups were broken up and banned. Constanze Hallgarten fled to Paris via Zurich in March of 1933. After German troops invaded France, she emigrated to the United States in 1941. She returned to Germany at the age of 74 and continued her involvement in the peace movement.