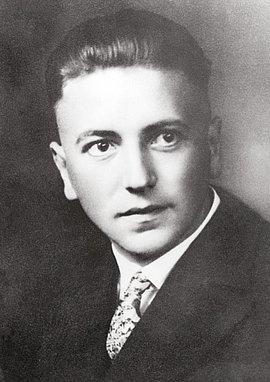 Alfred Andreas Heiß grew up in Triebenreuth, Upper Franconia, and moved to Berlin in 1930 to work in the justice service. As a devout Catholic, Heiß firmly rejected National Socialism and openly expressed his disapproval of the National Socialist church policy and worldview. After a visit to his hometown, he was denounced for allegedly subversive statements, interrogated by the Gestapo, and imprisoned in the Columbia-Haus concentration camp for ten weeks. In June 1935 he found work in the tax office of the General Association of Berlin Catholic Parishes, before returning to the civil service in 1936. Religious self-determination for Catholics against the Nazi regime remained his main interest during this time. When Heiß was drafted to the Wehrmacht in Glogau in June 1940, he refused to perform the “Hitler salute” or wear the uniform with the swastika. He was arrested and declared that he refused to carry out military service for National Socialist Germany because the Nazi state was anti-Christian. Heiß was sentenced to death by the 1st senate of the Reich Court Martial for “subversion of the war effort” on August 20 and murdered in Brandenburg-Görden on September 24, 1940.