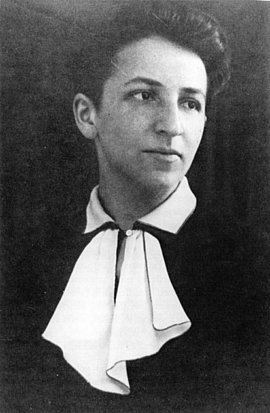 Nora Block was the daughter of a liberal Jewish businessman and grew up in Bochum. In 1922 she moved to Berlin and joined the SPD and the radical wing of the bourgeois women’s movement around Helene Stöcker. As the feminist pacifist Stöcker’s secretary, she came into contact with Elisabeth Rotten through her work in the peace movement, and worked closely with her in the German League for Human Rights. Block returned to school and then studied law in Göttingen. There, she met the philosopher and founder of the International Socialist Combat League (ISK), Leonard Nelson, who recruited her to the ISK. She defended communists in political trials and opened a lawyer’s office in Bochum. In March 1933 Nora Block managed to escape to Paris. As an active ISK member, she continued the fight against National Socialism by journalistic means and also worked to save and support refugees. When her husband Hermann Platiel was arrested shortly after their wedding in 1943, Nora Block-Platiel fled to Switzerland. She returned to Germany with her husband and her son Roger in 1949.