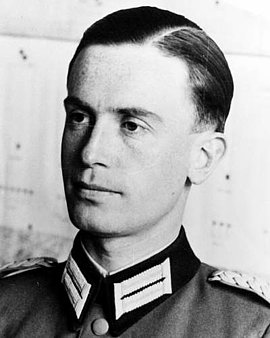 Hans Ulrich von Oertzen completed a general staff training course in the Wehrmacht in the mid-1930s, and was rapidly promoted during the Second World War. In 1943, as a major on the general staff and instructor (I d), he joined the staff of Army Group Center under Henning von Tresckow. Von Tresckow was looking for an opportunity to assassinate Hitler. Oertzen worked on the “Valkyrie” plans with Stauffenberg, the chief of staff in the General Army Office in Berlin, and served as liaison officer for military district III (Berlin) on the day of the coup attempt. On July 20, 1944, Hans Ulrich von Oertzen passed on the first “Valkyrie” orders. The day after the unsuccessful assassination attempt on Hitler he was interrogated in the Berlin military district command building by the officers working there. However, he was able to kill himself with an explosive shell before the Gestapo arrived.