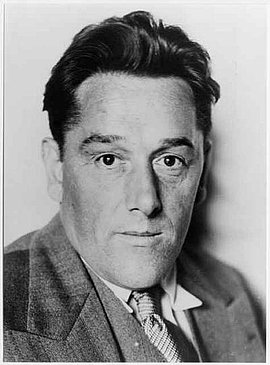 Born in Erfurt, Willi Münzenberg joined the German Communist Party (KPD) in 1919. From 1919 to 1921 he was secretary of the Young Communist International. In 1921 he organized aid for people starving in Russia and was head of the International Workers’ Relief Organization until 1933. With the help of the Comintern he built up a wide-ranging communist media enterprise. A member of the KPD Central Committee, he was among the advocates of an ultra-left policy until 1932. After the Reichstag fire Münzenberg fled to France, where Henri Barbusse helped him to gain political asylum. Münzenberg set up a publishing house and published “Brown Books” on the Reichstag fire and the reign of terror in National Socialist Germany, which attracted considerable interest. In 1935 he launched the decisive initiative to establish a German Popular Front against National Socialism that included members of various parties. Münzenberg’s differences of opinion with the KPD leadership in Moscow and arguments with Walter Ulbricht led him to break with the KPD in 1938. Münzenberg advocated liberal socialism and social democracy and rejected the idea of the dictatorship of the proletariat. He opposed the German-Soviet Non-Aggression Pact. Held in a French internment camp, Münzenberg fled in June 1940 as the German troops advanced. He died in the same month on the way to Switzerland. The circumstances of his death remain unexplained to this day.