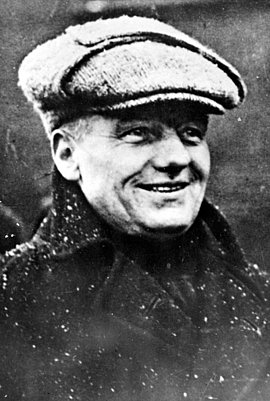 Wilhelm Pieck was one of the leading communist officials in the Weimar Republic. In February 1933 he emigrated to Prague, then to Paris and later to Moscow. Since Ernst Thälmann was imprisoned in Germany and the National Socialists murdered Thälmann’s immediate successor, John Schehr, in February 1934, Pieck assumed the chairmanship of the German Communist Party (KPD) in exile. He worked mainly on external affairs, but during Stalin’s Great Terror he was involved as KPD chairman in the persecution of many German communists who had sought refuge from National Socialism in the Soviet Union. In 1943 Pieck was one of the founding members of the National Committee Free Germany. He returned to the Soviet occupied zone of Germany in 1945. He was elected president of the East German state in 1949 and held this post until his death in September 1960.