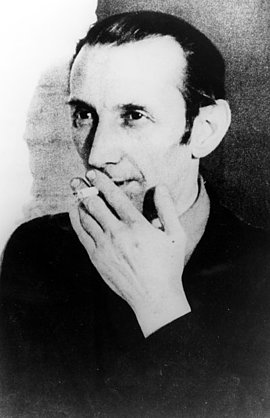 Walter Mehring was regarded as one of the leading German authors in his time. He was a proponent of Dadaism and revolutionary pacifism, and worked as a journalist on liberal left-wing magazines such as the Weltbühne. A widely respected cabaret satirist, his work was virulently attacked by the National Socialists. They banned a performance of his drama Die Höllische Komödie as early as the beginning of 1933. In February of that year, Mehring fled to Paris, later moving on to Vienna and writing for important exile newspapers. He was forced to flee from the Nazis again in 1938 when they “integrated” Austria into the Reich. He managed to escape to Paris via Switzerland, joining Willi Münzenberg’s German-French Union (Union franco-allemande) in 1939. Walter Mehring was interned in various camps in 1940. After a successful escape to Marseille, he emigrated to the USA. He was a regular contributor to American exile magazines, not returning to Switzerland until 1960. He died there in October 1981.