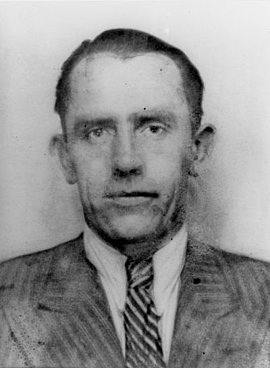 Born in Zossen in 1902, Budeus trained as a machine fitter and joined the KPD in 1931. After 1933 he was involved in the resistance against the Nazi regime, from 1936 setting up an illegal workplace group in the North of Berlin, which apparently had well over 50 members. Budeus came into contact with Robert Uhrig in the late 1930s, and the two of them worked in close collaboration from then on. They saw their task as collecting information on arms production and the political mood in the population, distributing leaflets, and making contact with other communist resistance groups. Walter Budeus was arrested in early February 1942, sentenced to death on June 7, 1944, and murdered in Brandenburg-Görden on August 21, 1944.