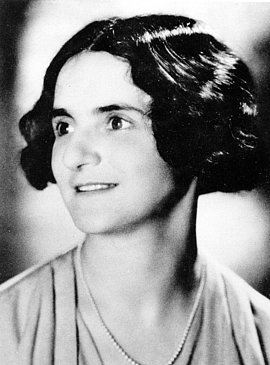 Sidonie Zippora (Tony) Sender grew up in an orthodox Jewish family and joined the SPD in 1906. In 1910, she went to work in the Paris headquarters of a metalware company and was active in the French Socialist Party. She returned to Germany when war broke out in 1914. She was one of the critics of the SPD’s vote to grant war loans and became involved in the opposition within the party. In 1917, she co-founded the Independent Socialist Party of Germany (USPD). In 1919, she expressed her support for the councils system but rejected the communists’ undemocratic party methods. In 1918/19, Tony Sender was the only woman on the Frankfurt workers’ and soldiers’ council. A member of the Reichstag from 1920 to 1933, she represented the Dresden-Bautzen constituency from 1924 on and focused on customs and trade policy. As a labor unionist, she was also editor of the Metalworkers’ Association’s works council newspaper from 1919 to 1933. In 1927, she additionally took over editing the social democratic journal Frauenwelt, publishing more than 400 of her own articles. Following public murder threats from the National Socialists, Tony Sender fled to Czechoslovakia on March 5, 1933, continuing to fight the Nazi regime from exile. She received an offer to write for the Volksgazet in Antwerp shortly later. Once in Belgium, she was also active in the resistance and worked closely with the fifty-person exile group of the Reich Banner Black-Red-Gold. Expatriated from Germany in March 1934, Tony Sender stayed in the United States after a three-month lecture tour in 1935, receiving U.S. citizenship in 1943. She never returned to Germany.