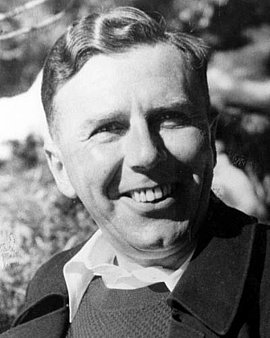 After graduating in law, Theodor Strünck took up a leading position in the insurance business. In the early 1920s he was more attracted to nationalist forces than to the parties of the Weimar Republic. However, the blatant violations of the law after the National Socialists took power lead him to sympathize with opposition circles. In 1937, at the instigation of Hans Oster, Strünck was enlisted as a reserve officer for service in the Office for Foreign Affairs/Counterintelligence in the Armed Forces High Command. He was already involved in plans for a coup in 1938, and collaborated closely with Hans Oster and Carl Goerdeler to support the efforts to overthrow Hitler. After the unsuccessful assassination attempt of July 20, 1944, Strünck did not use his chances to flee to Switzerland because he wanted to spare his relatives the ordeal of “Sippenhaft” (imprisonment for families held responsible for the political crimes of a family member). He was arrested with his wife Elisabeth on August 1, 1944. Theodor Strünck was sentenced to death by the People’s Court on October 10, 1944 and imprisoned in Flossenbürg concentration camp, where he was murdered on April 9, 1945.