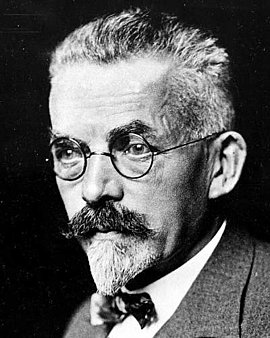 Born in Neubrandenburg as the son of a dressmaker, Theodor Leipart learned the trade of wood turner. From 1887 on, Leipart worked for the social democratic labor union movement in various functions, from 1908 on as president of the woodworkers’ federation in Stuttgart. From July 1919 to June 1920 he was minister of labor in Württemberg. In 1921 he was elected president of the General German Federation of Labor Unions (ADGB), and in 1922 vice-president of the International Federation of Labor Unions as well. After Hitler took power, Theodor Leipart initially hoped to come to terms with the new government. His attitude was partly responsible for the lack of resolute resistance by the labor unions. During the destruction of the labor union movement on May 2, 1933, Theodor Leipart was arrested and maltreated, but released from “Schutzhaft” (“protective custody”) shortly afterwards. In 1936 he was accused in a trial of misappropriating labor union funds to help the SPD election campaign. After this Theodor Leipart lived in retirement in Berlin, but maintained contact with his former comrades. Despite his age, he was designated as a member of the national leadership of the unified labor union that Wilhelm Leuschner and others aimed to build. Theodor Leipart survived the war and was a member of the East German Communist Party (SED) from 1946 on.