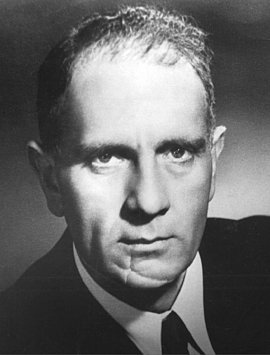 Theodor Haubach grew up with a single parent. He had close political links with his friend Carlo Mierendorff, whom he had known since their schooldays in Darmstadt. After fighting in the First World War, Haubach was active in writers’ circles and published the journal Die Dachstube (“The Attic Room”) with Mierendorff. After gaining his doctorate under the philosopher Karl Jaspers in Heidelberg in 1923, Haubach moved to Hamburg and became an editor at a Social Democratic newspaper. In 1927 he was elected to Hamburg City Parliament. He was active in the Republican defense league Reichsbanner Schwarz-Rot-Gold from the very start. In 1929 he became press officer of the Reich Minister of the Interior, Carl Severing, and in 1930 of the Berlin Chief of Police, Albert Grzezinski. Between 1930 and 1933 Haubach worked intensively with Paul Tillich’s circle of Religious Socialists and the magazine Neue Blätter für den Sozialismus (“New Papers for Socialism”). Haubach was briefly held in custody after the National Socialists took power, and subsequently tried to keep up the links between labor unions, the Reichsbanner organization and the Social Democratic Party (SPD). He was rearrested on November 24, 1934 after attending a meeting about resistance strategies, and held in Esterwegen concentration camp for two years. After his release from custody, Haubach worked as a commercial salesman and insurance agent. In the fall of 1942 he attended the second major conference of the Kreisau Circle. The conspirators of the coup attempt against Hitler of July 20, 1944 designated Haubach as a government spokesman. When the coup attempt failed, he succeeded in escaping to southern Germany, but later returned to Berlin and was arrested by the Gestapo on August 9, 1944. Theodor Haubach was sentenced to death by the People’s Court on January 15, 1945 and murdered on January 23, 1945 in Berlin-Plötzensee.