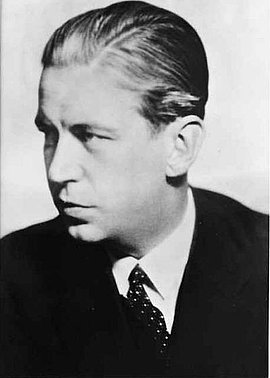 Rudolf von Scheliha, the son of a manor owner in Silesia, volunteered for service at the front in March 1915, was wounded several times and retired from the Army at the end of 1918 as a lieutenant of the reserve. From 1919 to 1921 he studied law in Breslau and took part in the revolt in Upper Silesia in May 1921. In December 1921 he became a candidate senior civil servant. As chairman of the General Union of Students he opposed anti-Semitic riots. In February 1922, Rudolf von Scheliha entered the regional office of the Foreign Ministry in Hamburg. Six months later he became an attaché and worked in Berlin in the department responsible for East European affairs, in the reception office of Undersecretary of State Ago von Malzahn. In December 1924 Scheliha was finally accepted into the diplomatic service and worked in the foreign offices in Prague, Constantinople, Ankara, Kattowitz, Warsaw, and Brünn. In 1927 he was appointed as a legation councilor; in the same year he married Marie Louisa von Medinger with whom he later had two children. From 1932 on he worked at the German legation in Warsaw. Scheliha joined the National Socialist Party (NSDAP) on July 1, 1933. In Warsaw he established friendly contacts with a number of very different kinds of opponents of the National Socialists, including Rudolf Herrnstadt and Ilse Stöbe, who both worked for the Soviet secret service. Wherever Scheliha was posted he was actively involved in obtaining release from custody and emigration permits for persecuted opponents of the National Socialists. He returned to Berlin shortly before the outbreak of the war and worked as the head of the Foreign Office Information Department, where Ilse Stöbe and Carl Helfrich were also employed. In his department Scheliha found out about German assaults and crimes of violence against the Polish population. During trips to Switzerland he passed on information about the plans for the “final solution to the Jewish question”. Scheliha was also close to the circle around the military conspirator Henning von Tresckow. Shortly after returning from one of his trips Scheliha was arrested on October 29, 1942 in the office of the head of personnel at the Foreign Ministry. Rudolf von Scheliha was sentenced to death for treason by the 2nd Senate of the Reich Court Martial on December 14, 1942 and murdered on December 22 in Berlin-Plötzensee.