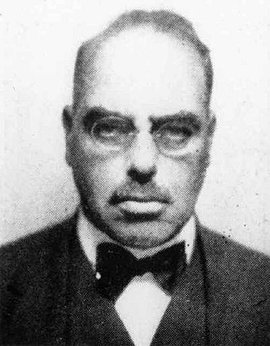 Rudolf Hilferding, a leading social democratic theoretician, fled via Denmark to Switzerland with his wife Rose at the end of March 1933, and to France in 1938. Hilferding maintained close links with the Social Democratic Party in Exile (SOPADE). He wrote its first important programmatic statement, the Prague Manifesto of January 1934. Published a year after the National Socialists’ accession to power, the manifesto formulated the demand for revolutionary change in German society as a new programmatic principle and simultaneously called for “the overthrow of despotism”. Its aim was to integrate the critics of the old Social Democratic Party of the Weimar Republic into the common defensive front against Hitler. In writing the manifesto Hilferding had to combine different opinions and objectives. Over 15,000 copies of the Prague Manifesto were secretly distributed in Germany. At the end of 1940, although Hilferding already had an emergency visa for the USA, the Vichy government in southern France handed him over to the Gestapo. He was severely maltreated on the journey to Paris. Rudolf Hilferding’s death in custody on February 12, 1941 was not officially announced until the fall of 1941. Rose Hilferding was able to travel to the United States. She worked as a doctor and died in March 1959.