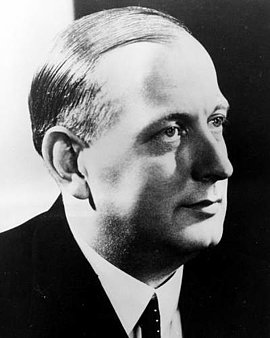 Otto Carl Kiep entered the Foreign Ministry after the First World War and took part in the Versailles peace negotiations as an expert on English law. In the following years he carried out various diplomatic assignments before he was posted to New York as consul general in 1930. He was married to Hanna Alves, with whom he had two daughters and a son. When Kiep attended a banquet in honor of Albert Einstein in March 1933, the National Socialists demanded his replacement. Kiep accepted temporary retirement in August 1933, but acted on assignment from the Foreign Ministry in business negotiations in South America and East Asia in the following years. At the beginning of the war he was drafted into the Foreign Affairs/Counterintelligence Office in the Armed Forces High Command, and was soon in close contact with the circle around Hans Oster and Hans von Dohnanyi. He was arrested on January 16, 1944 after being denounded for attending one of Elisabeth von Thadden’s tea parties, and sentenced to death on July 1, 1944. His links to other resistance circles were only discovered after the unsuccessful assassination attempt of July 20, 1944. After renewed interrogation and severe maltreatment, Otto Carl Kiep was murdered on August 26, 1944 in Berlin-Plötzensee.