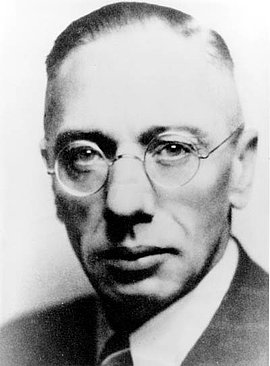 Nikolaus Groß grew up in the Ruhr region. His father was a blacksmith. Groß started working in mining in 1915 and joined the Union of Christian Miners in 1917. He worked as a labor union secretary in Oberhausen, Silesia, and Saxony, but returned to the Ruhr region in 1924. He married Elisabeth Koch in 1923 and they went on to have seven children. From 1926 on, Groß was an important employee for Otto Müller, a Center Party politician and president of the West German Federation of the Catholic Workers' Movement (KAB). He became editor of the federation's official newspaper, the Westdeutsche Arbeiterzeitung, in 1927, working in close cooperation with the Christian labor unionist Bernhard Letterhaus.

Both men clearly positioned themselves against National Socialism before 1933. After a temporary ban, the Westdeutsche Arbeiterzeitung was published under the name of Ketteler-Wacht from 1935, until it was banned permanently in 1938. Groß, who moved into men's pastoral care in 1941, tried to continue the KAB's work. As a member of the Cologne Circle, a network of KAB representatives, Christian labor unionists, and former Center Party politicians in the Rhineland and Westphalia, he was in contact with Carl Goerdeler from 1942, and also with members of the Kreisau Circle.

After July 20, 1944, his links to Carl Goerdeler and Jakob Kaiser were uncovered. He was arrested on August 12, 1944, and sentenced to death by the People's Court on January 15, 1945. Against all the regulations, his wife Elisabeth was able to see him one last time in Berlin's Tegel prison. Nikolaus Groß was murdered in Berlin-Plötzensee on January 23, 1945.