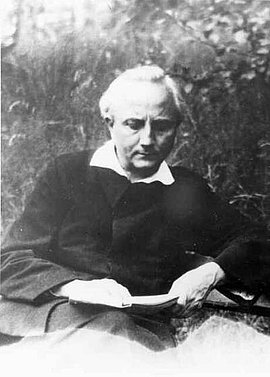 Born in Schopfheim in Baden, Max Josef Metzger became a priest and worked as a military chaplain in the First World War. During the war he already began to see peace work as an urgent task, because he was convinced that “future wars have lost their meaning, since they no longer give anybody the prospect of winning more than he loses”. In 1919 Metzger established the German Catholics’ Peace Association and sought links to the international pacifist movement. He strongly advocated the ecumenical idea of peace and soon became known as a leading German pacifist. Metzger was arrested several times by the Gestapo. In 1943 he wrote a memorandum on the reorganization of the German state and its integration into a future system of world peace. When he tried to have this memorandum delivered to the Swedish Archbishop of Uppsala, Erling Eidem, Metzger was denounced by the courier, a female Gestapo agent, and arrested again on June 29, 1943. Max Josef Metzger was sentenced to death by the People’s Court and murdered on April 17, 1944 in Brandenburg-Görden.