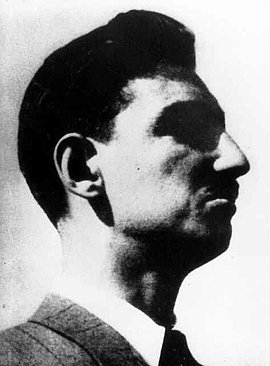 As a young man, Marek Edelman joined a polish-jewish left-wing youth group "Tsukunft" ("future") group in Warsaw. In response to the news of the murders of Eastern European Jews and increasing deportations to Nazi extermination camps, he called for people to take up active resistance. From the summer of 1942, he and his friends prepared for an armed campaign. It was to be a sign of rebellion and prove that the Jews, who were at the mercy of the National Socialists, would not let themselves be led “like lambs to the slaughter.” Edelman was one of the founders of the resolute underground organization ŻOB (Żydowska Organizacja Bojowa). As one of its three deputy commanders under Mordechai Anielewicz, he fought at the beginning of the Warsaw Ghetto Uprising in the second group of rebels around the brush factory. He managed to escape from the ghetto through a sewer on May 10, 1943, and went underground. Edelman joined the Polish underground army Armia Krajowa and fought against the occupying National Socialist troops again in the Warsaw Uprising of summer 1944. He survived the war.