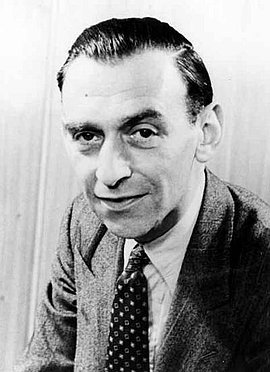 Ludwig Rosenberg joined the Young Republicans’ League at the age of 18 and became a labor union secretary in Berlin in 1930. He escaped arrest by the National Socialists in June 1933 by fleeing to Britain, where he worked as a journalist and salaried employee. Briefly interned in 1940, he was then employed as a department head in the British Ministry of Labor with the task of enlisting workers, particularly emigrants, for the war industry. Rosenberg and Erich Ollenhauer advised the Allies together, and Rosenberg became a member of the National Group of German Labor Unionists in Britain. In the spring of 1945 he was involved in developing programmatic concepts for creating a unified free German labor union. Ludwig Rosenberg returned to Germany in the fall of 1945. From 1962 to 1969 he was chairman of the German Federation of Labor Unions. He died in October 1977.