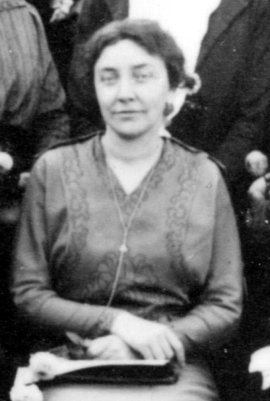 Louise Schroeder began her working life as a shorthand typist for an insurance company and attended evening classes. She joined the SPD in 1910, working in its women’s group. Even before World War I, she was known well beyond Altona as a convincing speaker and outspoken pacifist. From 1919, she was one of the youngest members and one of the few women in the Weimar constitutional national assembly, and on the introduction of women’s right to vote she was one of the first female members of parliament. She remained in the Reichstag until 1933, making key contributions to social legislation, particularly for the protection of working women. She also championed equal treatment for single mothers and illegitimate children, and equal rights for women in working life, marriage, and the family. In 1919, she and Marie Juchacz founded the Arbeiterwohlfahrt workers’ welfare association (AWO), and in 1925 she co-founded the AWO welfare college in Berlin, where she also taught. In 1933 she made a public appeal to reject Hitler’s “Enablement Act,” after which she lost all her offices and was put under Gestapo surveillance. In 1946, Louise Schröder became the first woman mayor of Berlin. She was a member of the West German parliament from 1949 until her death in 1957.