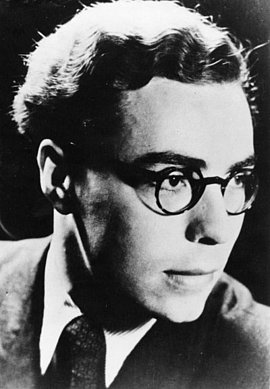 Karlrobert Kreiten was born in Bonn in 1916 and grew up in Dusseldorf, the son of a Dutch citizen. He rose to success as a young pianist in the 1920s. His parents were critical of National Socialism but not politically active. Karlrobert Kreiten was awarded the Felix Mendelssohn Prize in the spring of 1933, and was able to continue studying music in Vienna. By the end of the 1930s he was one of the most talented emerging German pianists. One of his teachers was Claudio Arrau, who left Berlin in 1940. Karlrobert Kreiten was not generally seen as a politically interested person. However, during a concert tour in March 1943, under the impression of the German defeat at Stalingrad, he said to a friend of his mother’s in Berlin that the war was lost and that Hitler was “a madman.” The woman denounced Karlrobert Kreiten. He was arrested immediately before a concert in Heidelberg in early May 1943, interrogated in the Berlin Gestapo building, and sentenced to death by the People’s Court under Roland Freisler on September 3, 1943, for “demoralizing the troops, aiding the enemy, and defeatist statements.” Despite several pleas for clemency, Karlrobert Kreiten was murdered four days later in Berlin-Plötzensee.