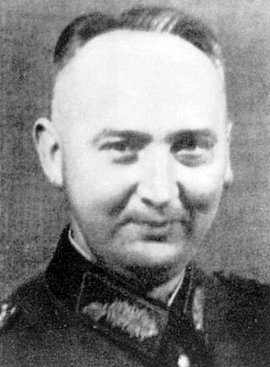 Karl Sack began his law career as a district court judge in Hesse and transfered to the military judiciary in 1934. He was married to Wilhelmine Weber, with whom he had two sons. The rapid expansion of the Wehrmacht expedited Sack's career in the Reich War Ministry. As a judge in the Reich Military Court, Sack was involved in the investigation leading to the proceedings against Chief of Army High Command Colonel-General von Fritsch in 1938. Fritsch was falsely accused by the Gestapo of homosexuality, and Sack was able to prove that these accusations were untenable. Sack was in contact with the resistance group in the Office for Foreign Affairs/Counter Intelligence around Admiral Canaris, Major General Hans Oster, and Hans von Dohnanyi and with the military opposition. In the fall of 1942, he was appointed head of the army judiciary. The conspirators' plans briefly envisioned Karl Sack as minister of justice in a civilian government. In the wake of the unsuccessful attempt on Hitler's life on July 20, 1944, Karl Sack was arrested on August 9, 1944. On Hitler's orders, he was murdered in the Flossenbürg concentration camp on April 9, 1945.