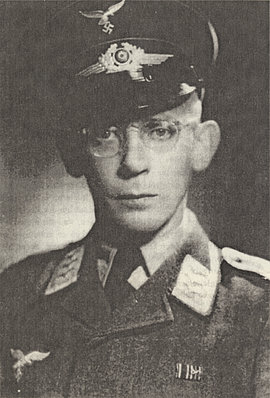 Born in Hannoversch-Münden, Karl Laabs was the oldest son of a train driver. After school, he trained as a bricklayer and stonemason and joined the Wandervogel youth hiking movement. He was a soldier in World War I from 1914 to 1918. After that, Laabs attended a construction trade college in Kassel and qualified as a master builder. He married the teacher Emma Rode in 1924 and they went on to have three children. Laabs continued to write for the Wandervogel journal in the 1920s, also writing occasional articles for the conservative press. After separating from his wife in 1930, he moved to Frankfurt am Main, where he studied economics and social sciences with a stipend from the SPD until 1933. His career goal as a vocational teacher was denied to him due to his democratic views and an anti-Hitler message written on a university chalkboard.

In 1934 Laabs married Auguste Wallbach, whom he knew from the Wandervogel. By this point, he was head of the construction authority in Hannoversch-Münden. A passionate amateur pilot, he gave flying lessons at the Lutterberg airfield. Regarded as politically unreliable, he was dismissed from both the construction authority and his teaching post at the end of 1935. He then worked as a self-employed architect.

In 1941, at the age of 45, Laabs was conscripted to the Krenau (Chrzanów) district administrative office near the small town of Auschwitz, as a local construction officer. His wife joined him with their now four children. In this post, he experienced the persecution of the Jews at close quarters. Laabs soon gained an insight into the local Gestapo's methods for organizing the labor deployment and deportation of Jews to the Auschwitz (-Birkenau) concentration and extermination camp. So as to save at least a few lives, he bought a large plot of land (Auschwitzer Straße 36b) to set up an agricultural holding. He requested Jewish laborers and provided them with labor identity papers, which protected them from immediate extermination. When "exlocations" (transports to the extermination camp) were looming he also offered his land to other Jews as a hiding place. He had escape routes and secret access paths built and planks laid between the buildings to avoid footprints. He obtained food, money and clothing for many people before they escaped.

In February of 1943, Laabs pretended to be accompanying around a hundred Jews to Auschwitz, dressed in his pilot uniform. However, he sent the two trucks full of people to Mislowitz—the drivers were bribed and another officer was informed of the plan.

On January 15, 1945, Laabs and his family fled West from the approaching Red Army, experiencing the end of the war in northern Hesse. After a long denazification process, he was categorized as exonerated in 1949. He then worked as a manager at a housing company in Kassel until 1951 and as city construction officer in Frankfurt am Main until 1960.

In 1971 Laabs began trying to gain acknowledgement for his humanitarian acts. He received the Federal Cross of Merit on September 11, 1972, and was named Righteous Among the Nations by Yad Vashem posthumously on November 30, 1980. He died in 1979.