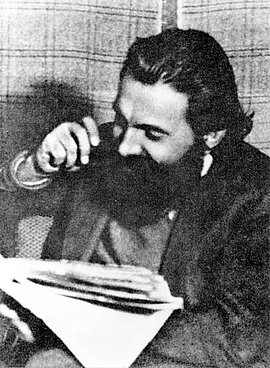 In the Thirties Julius Fučík worked as a journalist and author for the Communist Party in Czechoslovakia. After Czech territory had been forcibly occupied by the Wehrmacht and the country transformed into the "Reich Protectorate of Bohemia and Moravia," Fučík continued his work in the Communist resistance movement until he was arrested by the Gestapo in Prague in April 1942. In his prison cell he wrote his "Reports Written under the Noose," and he succeeded in having the manuscript smuggled out of prison. These writings became one of the most important accounts of European resistance. In May 1943 Julius Fučík was abducted to Germany, where in the night of September 7 and 8, 1943, he was murdered together with 143 other victims of persecution by the National Socialist regime.