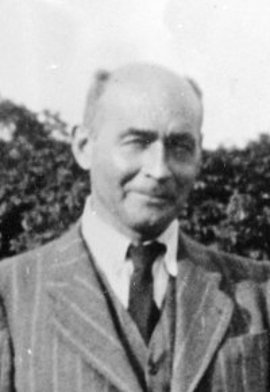 Josef Römer, born in Munich in 1892, was the son of a teacher. He chose a career as an army officer in 1911 and fought in World War I. He was discharged as a captain in 1918 and was a founding member of the Freikorps Oberland volunteer corps, which put down several workers’ and communist uprisings. After completing a law degree, Römer worked in the private sector. In the late 1920s, his political positions came closer to those of the KPD and he edited the magazine Aufbruch, around which a circle of intellectuals formed. Römer was imprisoned from the summer of 1934 until 1939. Following his release from Dachau concentration camp in July 1939, he once again gathered opponents of the Nazi regime around himself in Munich and Berlin. Römer was arrested early in 1942, sentenced to death on June 19, 1944, and murdered in Brandenburg-Görden on September 25, 1944.