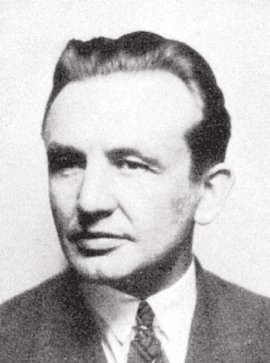 John Schehr became a member of the Social Democratic Party (SPD) in 1912 at the age of 16 and joined the German Communist Party (KPD) after the November Revolution. In the late 1920s he was a political secretary in Bad Harzburg and soon joined the executive committee of the Wasserkante party district. In 1932 (photo), he was elected to a senior position in the German Communist Party. He belonged to the inner circle around Ernst Thälmann. Following Thälmann's arrest, Schehr headed the Communist Party, which had been prohibited by the National Socialists and was ruthlessly suppressed. In 1933 he attempted to reorganize the party as an underground organization. He achieved some initial success but was soon arrested in November 1933. After being subjected to brutal abuse, he was murdered together with leading Berlin Communists Erich Steinfurth, Eugen Schönhaar, and Rudolf Schwarz at Kilometerberg in Berlin's Wannsee district, presumably on February 1, 1934.