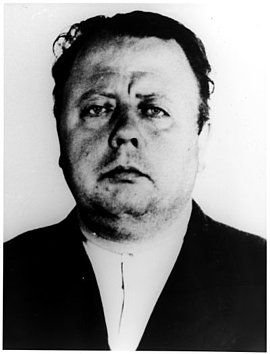 The architect Herbert Richter(-Luckian) was born into an artist’s family in Halle an der Saale in 1901. He came into contact with the KPD in 1923 via the painter Heinrich Vogeler. Although the Gestapo found communist books during a search of his home in March 1933 and arrested him briefly in October 1934, he managed to gain commissions as a freelance architect from several National Socialist institutions. He obtained a great deal of important information through his contacts well into the leadership of the NSDAP. Due to their privileged position in society, Georg Groscurth, Robert Havemann, Paul Rentsch, and Herbert Richter had particular opportunities to work against the Nazi regime. They were not only able to help people survive in the illegal underground, but also used the information and connections at their disposal to support, coordinate, and network other people’s resistance activities. They thus became a central point for various groups that had come about independently. They also tried to make contact with the Allies, but this attempt failed. In the summer of 1943, Havemann, Groscurth, Richter, and Rentsch wrote a number of programmatic texts, naming their group the Europäische Union (European Union). Herbert Richter was arrested by the Gestapo on September 5, 1943, sentenced to death by the People’s Court on December 16, 1943, and murdered in Brandenburg-Görden on May 8, 1944.