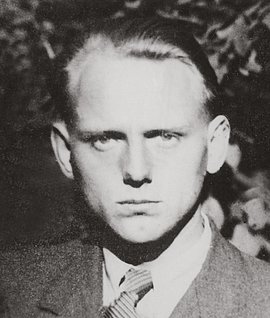 Herbert Grasse trained as a printer before joining the Communist Youth Federation of Germany and later the KPD in Berlin. After 1933 he helped to produce and distribute the illegal newspaper Neuköllner Sturmfahn. Arrested in 1936 and sentenced to two and a half years in a penal institution, he was able to make contact to his friends again after his release in January 1939, and to the resistance circle formed around Wilhelm Schürmann-Horster. Grasse covertly produced flyers at the small printing press where he worked. In close conjunction with John Sieg, he supported the Red Orchestra’s production of the illegal leaflet “The Inner Front.” Grasse distributed leaflets and flyers in various resistance circles, using his contacts in Berlin armaments factories, including the AEG transformer factory, the German Weapons and Ammunition Factories, Knorr-Bremse, and Hasse & Wrede. Together with Eugen Neutert, he made an effort to recruit foreign forced laborers for joint sabotage campaigns against the war production. Herbert Grasse was arrested on October 23, 1942. He committed suicide on the way to his interrogation in the Berlin police headquarters the next day.