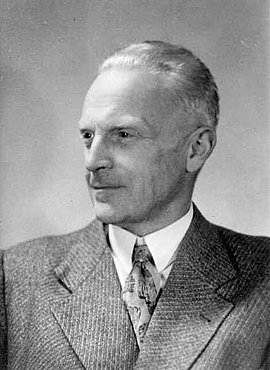 Heinrich Grüber grew up in a teacher’s family. After studying theology he became head of the Christian Youth Educational Institute in Templin. From 1934 on, as pastor in the Berlin district of Kaulsdorf he was also responsible for the Dutch Community in Berlin. After joining the Confessional Church, in 1938 he began developing and directing the “Church Aid Office for Protestant Non-Aryans”. Aside from pastoral care, the Office helped victims of racial persecution to emigrate from Germany. Before long, over 30 people worked in “Pastor Grüber’s Office” in close contact with other religious aid institutions and foreign organizations. When the opportunities for Jews to emigrate became severely restricted, welfare and pastoral work assumed priority. Pastor Grüber’s Office also helped persecuted people illegally with false passports or by sending food and medicines to concentration camps. Heinrich Grüber was arrested in December 1940 and imprisoned in Sachsenhausen and Dachau concentration camps; Pastor Grüber’s Office was closed down. Unexpectedly released from custody in June 1943, Heinrich Grüber was unable to continue his work. He survived the war, and after 1945 he was provost of the Cathedral Church of St. Mary in Berlin, where he established the Protestant Aid Office for former victims of racial persecution.