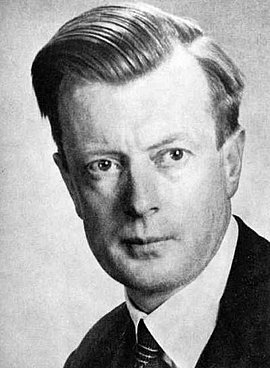 Born in Potsdam as the son of a pastor, Harald Poelchau grew up in Silesia. He began studying theology at the Church University in Bethel in 1922, followed by social work at the Berlin College of Political Science. After working for two years as managing director of the German Union for Juvenile Courts and Legal Aid for Juveniles, he gained his doctorate in 1931 under Paul Tillich, the leading representative of Religious Socialism. At the end of 1932, Poelchau applied for a prison chaplain’s post in Berlin and became the first cleric to be employed by the National Socialist regime in a penal institution. As an official in the Justice Department he rapidly became an important source of support for the victims of National Socialist violence, and gave spiritual comfort to hundreds of people sentenced to death as they faced execution. From 1941 on he was a member of the circle around Helmuth James Graf von Moltke and attended the first major Kreisau Conference. After the unsuccessful coup attempt of July 20, 1944 he was able to pass on last messages and farewell letters to the relatives of many of those sentenced for involvement in the coup attempt. Harald Poelchau managed to avoid being investigated by the Gestapo and survived the war.