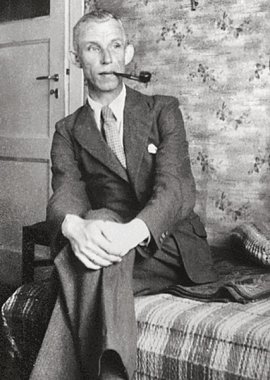 Hans Winkler worked as a judicial clerk at Luckenwalde district court from 1926 on. After 1933, he had to sit in on brutal Gestapo interrogations to take minutes, and became a determined opponent of the National Socialists. In 1943 Winkler and his wife Frida tried in vain to save the family of his Jewish friend Günther Samuel from deportation. Instead, they hid the 17-year-old Jew Eugen Herman-Friede in their home from August 1943. In September 1943, Winkler met Werner Scharff, an escapee from the Theresienstadt ghetto, in Luckenwalde. On Scharff’s initiative, the resistance group Community for Peace and Reconstruction was formed, with around twenty members. They helped Jews and others to survive in hiding, and along with Hans Winkler they wrote flyers against the Nazi regime during the first half of 1944. Despite many raids after the failed attempt on Hitler’s life on July 20, 1944, members of the resistance group distributed and posted hundreds of copies of a publication in the weeks that followed. In it, they called on soldiers to lay down their weapons. To intimidate Gestapo spies, members of the group sent them fictitious death sentences on printed forms from Luckenwalde district court. In October 1944 the Gestapo managed to arrest the leading members, Werner Scharff and Hans Winkler. Winkler was liberated in Bayreuth penal institution, but Scharff was murdered in Sachsenhausen concentration camp in March 1945.