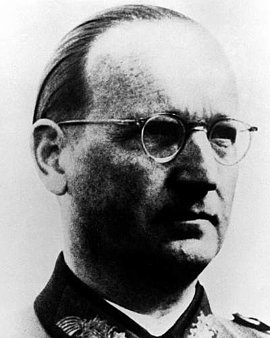 The career officer Hans Speidel was married to Ruth Stahl, with whom he had two daughters and a son. He was already involved in a plan to assassinate Hitler in the spring of 1943. In April 1944 he became chief of staff for the commander in chief of the Army Group in the west, General Field Marshal Erwin Rommel. Speidel established contact to the military commander in France, General Carl Heinrich von Stülpnagel, who tried to convince Rommel to join an action against Hitler. Shortly before the assassination attempt of July 20, 1944, Rommel was seriously wounded and was replaced by General Field Marshal von Kluge, who was unwilling to make a firm commitment to participate in the coup attempt. Although Speidel had not been informed about the planned assassination, on July 20, 1944 he tried to persuade Kluge to launch the prearranged measures. Hans Speidel was arrested on September 7, 1944 and initially imprisoned and interrogated in Berlin. At the end of 1944 he was released for a short period, but then imprisoned again in different places. A few days before the end of the war he managed to escape his pursuers and get to safety in south-west Germany.