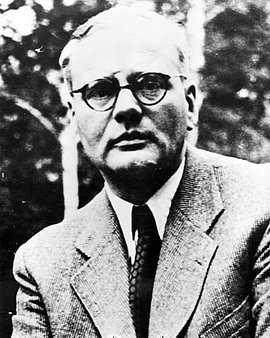 Hans Bernd Gisevius began his service with the political police in Prussia in August 1933 after studying law. As a civil servant, he experienced first hand the creation of the Gestapo and the murder of members of the SA and many innocent people on June 30, 1934. Later Gisevius left public administration as a higher executive officer. He was party to the military circles' initial assassination plans in 1938. Following the German invasion of Poland, Gisevius was pressed into service in the Office for Foreign Affairs/Counter Intelligence of the Armed Forces High Command under Admiral Wilhelm Canaris, where he utilized old and new contacts for his activities. He was in contact with the western Allies and represented the German military opposition in foreign-policy negotiations. Gisevius resided in Switzerland as part of his Counter Intelligence duties, and traveled to Berlin shortly before the attempt on Hitler's life. On July 20, 1944, he spent several hours in the Bendler Block, the conspirators' command center. When the attempted coup failed, he succeeded in avoiding the Gestapo and returning to Switzerland. In 1947, he testified as a witness before the military tribunal in Nürnberg.