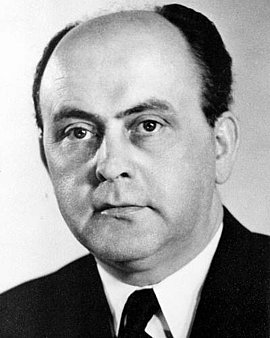 Businessman Gustav Dahrendorf was elected to the Reichstag for the Social Democrats in 1932 and was one of the youngest representatives. He was taken into custody as a Social Democrat twice in 1933. Dahrendorf used his job as a fuel wholesaler to maintain illegal connections with former members around Julius Leber, Carlo Mierendorff, Theodor Haubach, and Wilhelm Leuschner. He was married to Lina Maria Sörnsen, with whom he had two sons. He worked with the groups around Ludwig Beck and Carl Goerdeler, participating in their planning for a coup. Gustav Dahrendorf volunteered to act as political commissioner for Military District X (Hamburg). Following the unsuccessful attempt on Hitler's life, the People's Court under Roland Freisler sentenced the Social Democrats Julius Leber, Adolf Reichwein, and Hermann Maass to death on October 20, 1944. In the same trial, Gustav Dahrendorf was sentenced to seven years in a penitentiary. He remained a prisoner in the Brandenburg-Görden penitentiary until he was liberated by Soviet troops. After the war, he opposed the forced merger of the Social Democratic Party and Communist Party in the Soviet occupation zone to form the East German Communist Party (SED). Forced to flee, he later took on a new responsibility in Hamburg, where he played an active part in establishing consumer cooperatives.