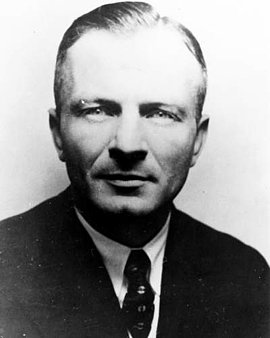 After briefly studying law, in 1924 Georg Alexander Hansen took the path of a career officer. In 1935 he was transferred to general staff training at the War Academy, where he was influenced by Ludwig Beck. Subsequently he worked in the Foreign Armies East Department of the Army until 1943, and was in contact with Admiral Canaris in the Office for Foreign Affairs/Counterintelligence. After Canaris was dismissed in January 1944, Hansen succeeded him as chief of the counterintelligence office until June 1, 1944, when it was integrated as the Military Office into the Reich Security Main Office. A few days before the coup attempt, Hansen took part in the final discussions of the conspirators around Claus Schenk Graf von Stauffenberg. On July 20, 1944, Hansen was in Bamberg and returned to Berlin two days later, where he was arrested in his office. Some days later his family was taken into “Sippenhaft” (imprisonment for families held responsible for the political crimes of a family member). Georg Alexander Hansen was sentenced to death by the People’s Court on August 10, 1944 and murdered on September 8, 1944 in Berlin-Plötzensee.