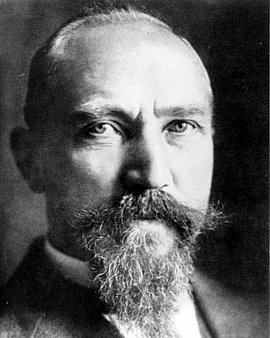 After the First World War, the labor unionist Fritz Voigt was put forward as a candidate for the National Assembly by the Silesian Social Democratic Party (SPD). He held the post of chief of police in Breslau for a year. During the Kapp Putsch he refused to allow the workers of Breslau to be armed against the nationalist rebels because he feared a bloodbath. After he resigned as chief of police, Voigt concentrated mainly on developing cooperative building organizations. He was married to Magda Kruse, with whom he had a son. In 1933 he was imprisoned in the concentration camps of Breslau-Dürrgoy, Esterwegen and Lichtenburg, and was not released until 1934. During the war he established contact with Jakob Kaiser and Wilhelm Leuschner in Berlin. Voigt collaborated in Breslau with Franz Leuninger and Fritz-Dietlof Graf von der Schulenburg. The conspirators designated him as political commissioner for Lower Silesia. After the failure of the coup attempt of July 20, 1944, Fritz Voigt was arrested, sentenced to death by the People’s Court on February 26, 1945 and murdered on March 1, 1945 in Berlin-Plötzensee.