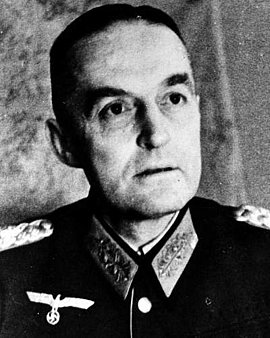 Fritz Thiele joined the Army in March 1914 and completed a training course as a communications officer. In 1936 he was transferred to the Reich War Ministry and in 1940 he was appointed as chief of the office group Armed Forces Communications in the Armed Forces High Command. In this capacity he worked closely with General Erich Fellgiebel, chief of Army communications, and with Fellgiebel’s deputy, Colonel Kurt Hahn. Thiele collaborated with them in planning the “Valkyrie” operations and in cutting communications links to the “Führer’s” headquarters, the “Wolf’s Lair” on July 20, 1944. After the failure of the assassination attempt, when it became clear that Hitler was still alive, Thiele opposed continuing with the coup plans. After Fellgiebel’s arrest the following day he initially took over his assignments in the communications center of the “Führer’s headquarters.” Fritz Thiele was arrested by the Gestapo on August 11, 1944. He was sentenced to death by the People’s Court on August 21, 1944 and murdered on September 4, 1944 in Berlin-Plötzensee.