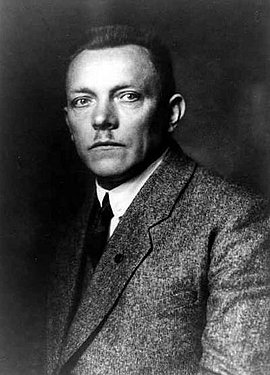 Fritz Husemann was secretary of the executive committee of the Federation of Mining Industry Workers from 1902 on and the federation’s chairman from 1919 on, as well as vice-president of the Mineworkers’ International. He was a member of the Prussian State Parliament for the Social Democratic Party (SPD) from 1919 to 1924, and a member of the Reichstag from 1924 to 1933. On March 11, 1933 he was imprisoned for a considerable period. After his release, although he had the chance to emigrate he decided to stay in Germany. In 1935 the Secret State Police (Gestapo) arrested Fritz Husemann again and deported him to Esterwegen concentration camp, where he was shot dead by guards on April 15, 1935, allegedly “while trying to escape”. But before he was transported to the camp he assured his wife that he would bear imprisonment “stoically”. There is no evidence for an escape, which would have meant certain death.