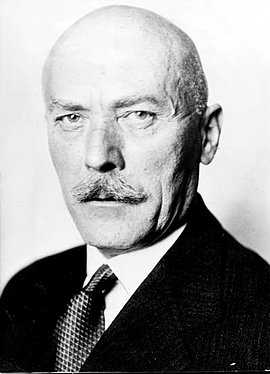 Friedrich-Werner Graf von der Schulenburg began his diplomatic career before the First World War, serving as a consul and ambassador in various countries. He was married to Elisabeth von Sobbe, with whom he had a daughter. As German ambassador in Moscow from 1934 to 1941, Schulenburg played an important role in bringing about the German-Soviet treaty of August 1939 and always supported a dialogue between the two countries. He desperately tried to prevent the German invasion of the Soviet Union. Later, Schulenburg desired to achieve peace in the east as quickly as possible and even considered making his way through the Russian lines to negotiate with head of state and party boss Josef Stalin. For a while, the military conspirators' plans to overthrow Hitler envisioned Schulenburg as foreign minister. He was arrested after the unsuccessful attempt on Hitler's life on July 20, 1944. He was sentenced to death by the People's Court on October 23, 1944, and murdered on November 10, 1944, in Berlin-Plötzensee.