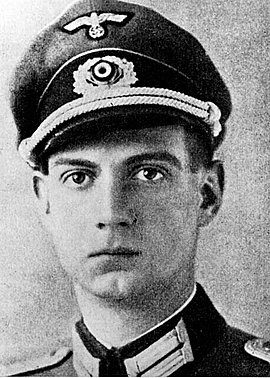 Friedrich Karl Klausing aspired to become a career officer and joined the distinguished 9th Infantry Regiment in Potsdam as a cadet in 1938. After the Second World War began, he first served in Poland and France and then took part in the fighting near Stalingrad in 1942-43, where he was seriously wounded. After being wounded a second time in 1943, he was transferred to Berlin for domestic service with the Armed Forces High Command. Fritz-Dietlof Graf von der Schulenburg succeeded in winning him over for the conspiracy against Hitler. On July 15, 1944, Klausing accompanied Claus von Stauffenberg to Hitler's headquarters in East Prussia, the "Wolf's Lair," as Stauffenberg's adjutant. On July 20, 1944, Klausing was present in the Bendler Block, the conspirators' command center, where he shared responsibility for relaying the "Valkyrie" orders. In the night of July 20-21, 1944, he initially succeeded in escaping and hiding with friends. However, he surrendered to the Gestapo the next morning. Friedrich Karl Klausing was sentenced to death by the People's Court in the first show trial of the conspirators on August 8, 1944, and murdered the same day in Berlin-Plötzensee.