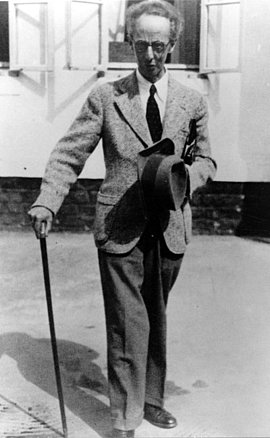 Friedrich Dessauer was highly respected in his field as a leading radiation diagnosis scientist. He was also a leading proponent of political Catholicism in Frankfurt am Main, founded a respected newspaper, and represented the left wing of the Zentrum party in the Reichstag from 1924 to 1933, working towards social policy based on a “just balance.” He was an open pacifist, also joining the republican defense league Reichsbanner Schwarz-Rot-Gold. The National Socialists placed him in “protective custody” for almost six months in the summer of 1933, charging him with treachery for his membership of the Catholic organization Katholischer Volksverein. Dessauer was acquitted, left Germany, and was given a post at the University of Istanbul. In 1937, he relocated to Switzerland, where he was part of the circle around Josef Wirth and Otto Braun. He was expatriated in 1941. Dessauer returned to Germany in 1949 and died in Frankfurt am Main on February 16, 1963.