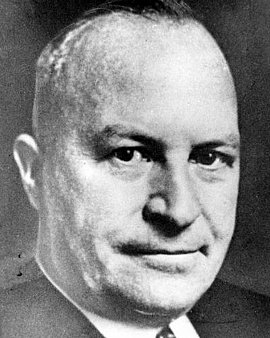 Franz Sperr, a career officer from the Bavarian Army, was transferred as an active soldier to the office of the Bavarian military representative in Berlin on October 27, 1918. In his capacity as deputy military representative, Sperr was also a member of the Reich Council. In the summer of 1919, following the reorganization of the Reich Army, the post of military representative of the German states was abolished. Sperr became principal in the Bavarian legation in Berlin and was an official of the Bavarian State Foreign Ministry from that time on. At the same time he retired from active military service. When the German states were abolished, Franz Sperr lost his post as Bavarian legate to the Reich at the end of 1934, and worked in private enterprise. In the following years he gathered a group of like-minded people around himself who pursued their own political goals and aimed to replace the National Socialists in Bavaria. In the winter of 1942, Sperr came in contact with the Kreisau Circle through the Jesuit fathers Alfred Delp and Augustin Rösch, and met Helmuth James Graf von Moltke. In June 1944 Sperr also had a meeting with Claus Schenk Graf von Stauffenberg. Although Sperr rejected the plan to assassinate Hitler, after the unsuccessful coup attempt he was arrested on July 28, 1944. He was sentenced to death by the People’s Court on January 11, 1945 for failing to inform the authorities of the assassination plans and for his links to the circle around Moltke. Franz Sperr was murdered in Berlin-Plötzensee on January 23, 1945.