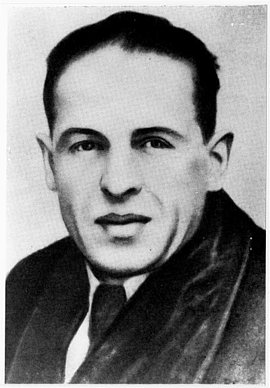 Franz Mett, born in East Prussia in 1904, came from a very large working-class family. After attending school, he spent some time working as a miner in the Ruhr region and a metalworker in Berlin. He joined the KPD around 1926. He lost his job in 1929, devoting himself entirely to the party, first as a treasurer and later as a leading functionary. Mett was arrested for his activities in the communist resistance in 1934 and sentenced to three years’ imprisonment for preparation for high treason. He met Robert Uhrig in Luckau penitentiary, setting up a new resistance group with him after his release in 1938. Along with Kurt Lehmann and Walter Budeus, he was one of the group’s most important organizers in the factories. Franz Mett was arrested on February 4, 1942, sentenced to death on June 7, 1944, and murdered in Brandenburg-Görden on August 21, 1944.