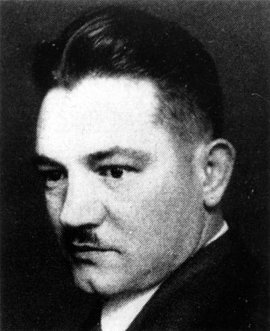 The machine fitter Franz Künstler, born in Berlin in 1888, took part in the First Reich Congress of Councils in Berlin as a soldiers’ council in December 1918, and was a member of the USPD’s party executive from 1920 to 1924, then joining the SPD executive. He was elected into the Reichstag in 1920 and made chairman of the SPD’s Greater Berlin ward in 1924. Imprisoned in a concentration camp in 1933/34, Künstler tried to maintain contacts to Social Democrats after his release. From 1936/37, Künstler was connected with a Social Democratic Popular Front group led by Otto Brass. The Gestapo arrested Künstler again in the summer of 1938. Although he had severe heart problems and his health had suffered from his time in concentration camps, he was forced to work as a porter from September 1939 on. This heavy labor led to his death on September 10, 1942. His funeral at Baumschulenweg Crematorium in Berlin on September 16, 1942, attended by more than 1000 people, was a silent demonstration against National Socialism.